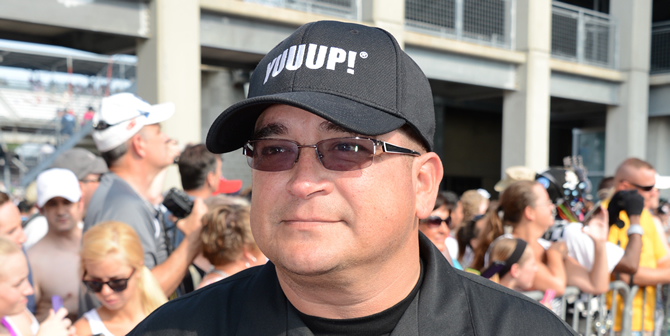 People in the storage auction industry have long speculated that the reality TV show Storage Wars is more fiction than reality. Now, a lawsuit from the show's own David Hester has blown the scandal wide open. Whether the fall-out will make a long-term effect in the popularity of these shows remains to be seen, but it's certainly giving the public something to talk about.

The lawsuit started when David Hester approached television executives with concerns that the activities going on in the show were illegal. Specifically, he alleges that the A&E staff “salts” units with pricy memorabilia and collectors items to make the show more interesting.

This is potentially in violation of laws that prevent television producers from fixing “competitions of skill,” such as game shows. This law, an amendment to the Communications Act of 1934, was passed after quiz show scandals in the 1950s. It's debatable whether the law applies to reality television as well, but Hester's concern was enough to lead show executives to terminate his involvement with the show.

Now, having been fired mid-season, Hester is retaliating with a lawsuit to recover his lost wages from the terminated contract – earnings of $25,000 per episode, altogether equaling $2 million in damages. Here are some of the complaints he raises about how the show has been faked:

Although the producers have stated in the past that Storage Wars is not fake, there is a preponderance of evidence coming out that seems damning. There are emails, invoices and receipts for items procured by the show's production staff to salt storage lockers. Hester himself was asked to provide such items while filming the first season, and he states he was uncomfortable at the time.

According to Hester and other witnesses, the production staff wasn't shy about salting storage units. In many cases, they would pause filming to place items to be “discovered” in the unit in-between takes. They would do this in front of cast members and bidders, creating plenty of eye-witnesses. Indeed, many people on our own forum have mentioned similar phenomena at taped auctions.

Auctioneer Dan Dotson, who also appears on the Storage Wars show, has insisted that the show is not faked. He states that the units are kept locked prior to bidding and not tampered with. This does not, however, prevent the production staff from salting the unit after purchase, which is when the majority of these activities seem to occur.

Of course, most of this should come as no surprise to people in the industry. Whether it will have any long-term effects for viewers is something that remains to be seen. Most people seem to expect reality television to be at least somewhat scripted, but the knowledge that the show is largely staged may turn viewers off. Of course, if Storage Wars is faked, it's likely that its spin-off series Storage Wars Texas and Storage Wars New York are faked as well. If the lawsuit drives Storage Wars off the air, it's possible that its companion shows – and even competitor shows like Auction Hunters – may suffer a similar fate.

Even if the show isn't canceled, it will be interesting to see whether this revelation turns newcomers away from the auction industry. It will also be interesting to see what other cast members do now that Hester has departed. The bad publicity may damage their business – or it may help drive more customers to their stores. Until the lawsuit is resolved, we can only watch and wait for answers.

So, what do you think about this mess? Leave your interesting and creative responses in the comments section below.