Get To Know Mike Braiotta and Joe Pauletich from Storage Wars: New York 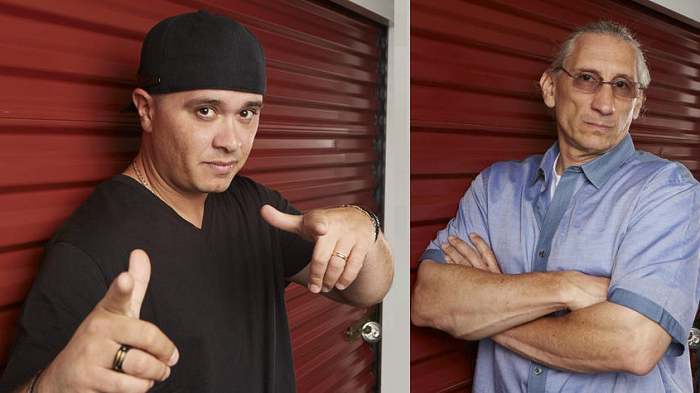 Mike Braiotta and Joe Pauletich are the American idols of the storage auction world, right? Are they just actors playing scripted roles on TV? Or are they the real deal?

I can tell you that Joe and Mike are both real deals in their own way. They both have a history of working storage auctions professionally, so in that regard they are not merely actors. They were selected to star in Storage Wars: New York because they can walk the walk and talk the talk in an entertaining way.

Joe Pauletich, fondly known as “The Legend,” definitely lives up to the name. He’s been buying and selling the contents of New York storage rooms for more than 20 years, so his famous intuition and bidding demeanor are both genuine. Yes, he’s acting on a new TV show this year, so that makes him an actor. But he’s doing what he does best, just like those crocodile wrestlers down in the everglades.

Joe is from Queens, so he knows his home turf and he’s come to know his stuff very well. I his own words, "I have a sixth sense when it comes to buying storage rooms," Joe explained. "They all talk to you in a different way. When that door opens, it’s like stepping into another dimension." He calls it ESP, which stands for “Extraordinary Storage Perception.”

Known as Joe P to his local buyers, he owns SoHo Treasures, the shop where he retails his best storage auction finds. Joe explains how he decides what to bid on, “You have to look, and you see the quality of stuff, how they packed it, where the boxes came from. If it's a dirty person, I'm not so interested. If the people have money and if it was moved professionally, that will be something that I'm more interested in." Makes sense, doesn’t it?

Mike Braiotta, age 33, is a lot younger than Joe P, but he’s got quite a reputation built up from the years he’s been frequenting storage auctions. Mike is a Bronx native, now of Westchester, and affectionately known as “The Hustler” because he likes to buy and flip his auction finds as fast as humanly possible.

Mike says, “When I leave a locker,” I know what I’m going to sell. I try not to keep anything for more than five days.” And NY Daily News reports, “Long as he can remember, he says, he liked stuff. Just, you know, stuff. He wanted to dig into it, look through it, maybe own it.

"When I was a kid, I collected everything… Baseball cards, you name it. My uncle was a junkman and he took me to an auction when I was about 10. I learned everything from him."

Follow Mike and Joe, the American Storage Idols throughout this season and see what you can learn from a couple of pros while you’re sitting at home in your lounger instead of standing around in an auction crowd. Get yourself ready to put your education into action at local auctions whenever the time is right.