How to Spot a Storage Unit That’s Been Lived In 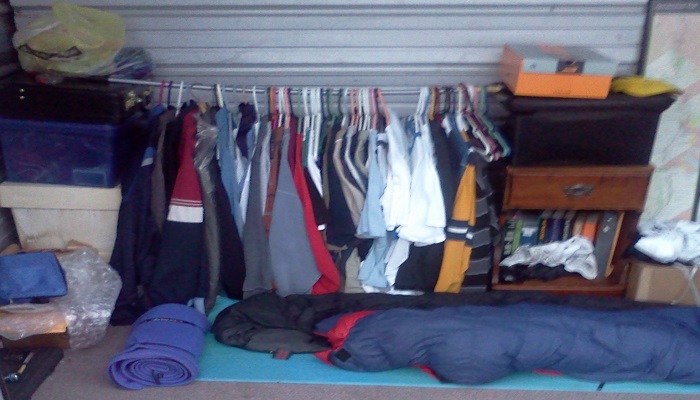 About 10% of the country's poor – or 1% of its total population – are believed to be homeless at any given time. For some, homelessness is temporary. For others, it becomes a long-term situation, and the economic downturn has caused a lot of people to lose their homes and jobs. This is the phenomenon behind the growing trend of people living in storage units.

A Salt Lake City storage facility was found to have at least five different units occupied by homeless people earlier this year. Manhattan Mini Storage in New York has been called “The Hobo Hilton” by some due to the number of people routinely found living in the units.

The allure of storage units for homeless people is understandable. They're secure and often climate-controlled, which makes them much more appealing than many other options available to homeless people. They're also substantially cheaper than renting an apartment. Unfortunately, storage units aren't designed for human occupancy, especially since there is no internal plumbing or running water. This leads to a health and sanitation risk for both the people living there and anyone else who comes into contact with these units.

For auction hunters, it's important to recognize the signs of a lived-in unit and avoid them whenever they come up for auction. You may run into sanitation concerns, and the original tenant could return and get combative with you while you try to clean out the unit. You're also less likely to find anything of value in these units. Here are a few signs to look out for:

Lived-in storage units sometimes contain human waste, drug paraphernalia and other unpleasantries, which is all the more reason to avoid these whenever you come across them. Also, if you notice any signs that a different unit is being inhabited while you're cleaning out a locker you've won, be sure to alert the management.