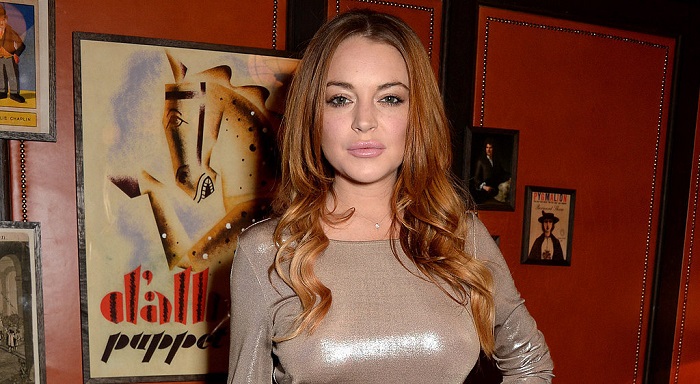 It's not often that the glamorous world of celebrity stardom intersects with the humbler industry of storage auctions, but auction hunters may get a rare treat soon. Lindsay Lohan, an actress whose name has become synonymous with irresponsibility, is currently in danger of losing the items in her storage locker due to delinquent payments. According to reports released on December 13, Lindsay Lohan owes $16,000 in back rent for her storage unit, which reportedly houses family heirlooms, designer clothes and other posh items. If the debt is not paid in full, the unit will go up for auction.

At the moment, Lindsay's chances of paying off the unit are looking slim. The starlet is currently in financial trouble thanks to a substantial amount of back-taxes owed to the IRS. Actor Charlie Sheen provided a $100,000 gift to help cover the costs, but that leaves a substantial amount of debt unpaid. Pleas to family and friends have yielded few results.

As a result, the IRS has frozen Lohan's assets. In addition to her delinquent storage unit payments, sources say that she is behind on her home rent as well and may be facing eviction. Of course, that's all assuming that she isn't arrested first. She's currently scheduled for a hearing on January 15 after a judge revoked her probation; she may face up to eight months in prison for parole violations.

As for the storage unit auction itself, few details are currently available. As the date of the auction nears, it will need to be announced publicly, and the unit will likely be well-advertised. Some sites have speculated that the Storage Wars crew should attend the auction in a positive PR move after the lawsuit with David Hester. After all, with a unit as full of celebrity paraphernalia as Lohan's is sure to be, the Storage Wars staff should have no need to fake anything.

Regardless of whether Storage Wars gets in on the action, Lohan's storage auction is sure to draw a substantial crowd of curious bystanders and treasure-seeking auction hunters. Since no one knows for sure what will be found in the unit, bidding is likely to get out of hand quickly. Designer clothing, jewelry or other expensive items are a given, but some eager bidders will surely be hoping for more personal effects that can be sold to tabloids for a hefty profit.

In 2006, a similar situation occurred with Paris Hilton's storage unit, and the winning bidder created a site called ParisExposed.com that charged visitors $39.97 for the chance to view the celebrity's personal belongings. Content included countless photographs, videos, financial records and diaries. Paris Hilton sued the site's owner, but much of the information posted on the site had already gone viral by that time. If Lindsay Lohan's storage unit does go up for auction, we can likely expect a repeat of this situation.

There is some hope for Lindsay, though: a New York city strip club called Scores has offered to pay off the actress's bill in exchange for some services for their company. Lindsay won't need to strip; instead, Scores is asking her to host a few live chats on their website. This would certainly bring Scores plenty of publicity, and they seem honest in their desire to pay off her storage debt and even help with rent payments. It's not clear whether Lohan will take them up on this offer or if it will even be possible if she ends up in prison this January, but it's worth keeping an eye out to see what develops.