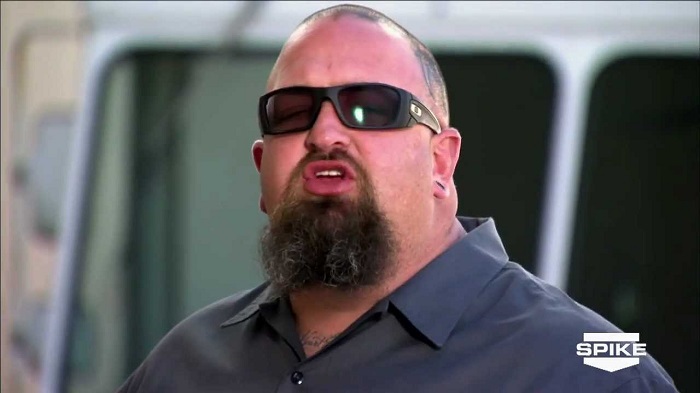 Clinton Jones, more commonly known as “Ton” by fans, is part of a duo of storage unit buyers appearing on the show Auction Hunters. The show airs on Spike TV and is has been renewed for its fourth season. Ton's participation on Auction Hunters has helped launch him into celebrity status and helped earn his celebrity net worth of over $1 million. Before becoming a celebrity auction hunter, however, Ton Jones already had an interesting and diverse life.

Ton grew up in Antelope Valley, California, where he began fostering an early interest in collectors items. Specifically, his interests are in guns, knives, swords and other weaponry. He's also knowledgeable about rare jewelry and coins. In 2005, he discovered the world of auction hunting and realized that his background as a collector and hobbyist made him uniquely qualified to turn a profit on valuables found in storage auctions.

When not auction hunting, Ton is an outdoors man and animal wrangler. He's passionate about wildlife, and he volunteers in his free time at Forever Wild Exotic Animal Sanctuary in Phelan, California. The sanctuary is a private charity organization that rescues and rehabilitates captive-bred wild animals like big cats and exotic birds. Ton's particularly passionate about reptiles, and he helps handle the rehabilitated cobras, rattlesnakes and other venomous snakes that come through the gates of the sanctuary.

As an animal wrangler, Ton has appeared on multiple different TV programs including Pitbulls and Parolees and several episodes of I Was Bitten. He's also an avid UFC fan, and always tries to find time in his day to watch a fight no matter how busy his schedule may be.