Barter Kings – How This Show Can Help Storage Auction Buyers 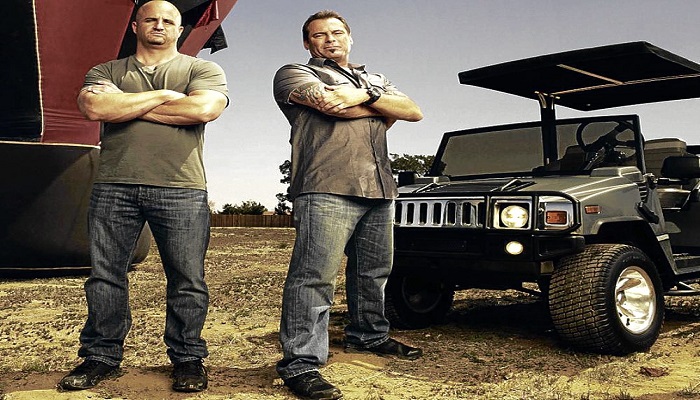 Treasure-hunting programs are popular on television right now, and A&E's new series Barter Kings combines that successful formula with the popular interest in frugality for a new twist. Antonio Palazzola and Steve McHugh are two California residents who “trade up” – bartering items for those worth slightly more without exchanging any currency.

Palazzola and McHugh have been business partners for 25 years, and they have plenty of experience in the art of trading. According to the show, bartering is a $12 billion dollar business in the U.S., although that figure is hard to confirm since no money exchanges hands. Nevertheless, with enough time and eager traders, bartering can lead from small, insignificant items giving way to larger and more impressive finds.

Barter Kings is already under scrutiny from some critics, both inside and outside of the bartering industry. The traders on the show find their bartering partners through Craigslist, a network that often yields people who don't know what they're doing or how much their items are worth. Combined with the theme of “trading up,” many critics believe that the show presents an ideal of unfairness.

Some critics have also expressed doubts as to the realism of the show, not quite believing that people would be willing to make the trades on the show. Doubts about the realism of a reality TV show are nothing new, and it's probably safe to assume that the program is carefully edited to make it look good; nonetheless, Palazzola and McHugh are professional barterers and have managed to do this for a long time, so you can be assured that they're still mostly successful off-camera.

The notion of bartering isn't new, of course, and it's grown in public awareness since the publication of One Red Paperclip, a book about a man who started with a paperclip and traded his way up to a house. The author, Kyle McDonald, is a Canadian who started trading online. It took him about a year to trade up to his house, and he was fortunate enough to secure both some very valuable trades and some rare celebrity opportunities, making his path more difficult for others to follow.

It is possible for regular people to barter successfully. Bartering is also a valuable strategy for people in the resale business. When done correctly, trading can benefit both parties involved. If you're already a frequent visitor of storage auctions, you've probably begun to develop a network of bidders and collectors. These same people may be very interested in trading with you if you get something they want. Here are a few ways auction hunters can benefit from trading:

If you have an item you're not sure of how to sell, check on Craigslist or other bartering sites to see if anyone is looking for it. You might be surprised at what you can find.

Trade with people who have things that you want but didn't get from the auction.

Trade items that you're having a hard time selling. You might have an easier time finding someone to trade with than someone willing to pay in cash.

These are just a few strategies you can employ. You can start small by trading with fellow auction- hunters and expand to sites like Craigslist or specialized trading sites. As you get more familiar with your fellow traders, you can begin making more adventurous trades. You never know what you might end up with!