Man Arrested for Child Pornography Found in a Storage Unit 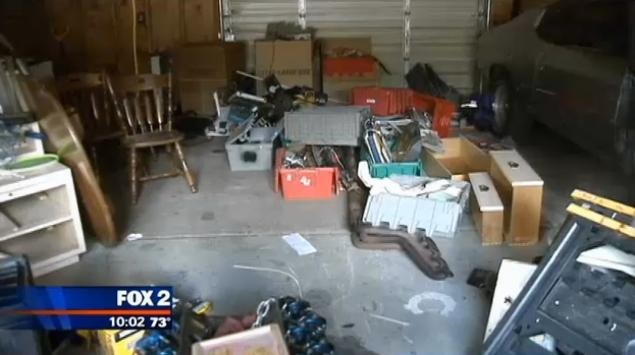 A couple in Southfield, Michigan decided to start attending storage auctions in hopes of finding treasure and making some extra money. Along the way, they found plenty of jewelry and other nice items; unfortunately, they also stumbled onto the storage unit of a pedophile and are paying the price.

Last week, the couple attended an auction in Ypsilanti's National Storage Center, and purchased a unit that was filled with many items related to a child pornography operation. The couple identified some items at the facility, including several obscene photographs and used undergarments.

At the time, the couple threw away what they had found and alerted the storage facility owner. They then took home the rest of the unit's contents, which were kept in multiple storage bins, and continued sorting through them at home. Once there, they found more equipment including cameras, lights and more obscene photographs.

The couple planned to deliver the rest of these items to the police, but they didn't get the chance. Local authorities, possibly tipped off by the storage facility itself, arrived at the home and seized the items and arrested the homeowner despite his pleas that the items had simply been found. He's being charged with possession of child pornography and obstruction of an ongoing investigation.

This serves as a very important warning for anyone who frequents lien sales. Once you purchase a storage unit, the items inside become your legal property, and you are responsible for them. In this case, the auction hunters should have contacted the police immediately rather than taking any items home or attempting to dispose of them themselves. Illegal items such as child pornography, drugs and stolen goods, are all evidence of a crime, and disposing of them is considered tampering with evidence – even if you were completely uninvolved in the crime itself.

Of course, reporting such a find does mean that you will likely lose the contents of the unit, even the items that are not illegal. Still, this is better than running the risk of an arrest due to possession of these illegal objects. Play it safe and report anything you find that seems suspicious.