All About the Ratings: The New Cast Members of Storage Auction TV 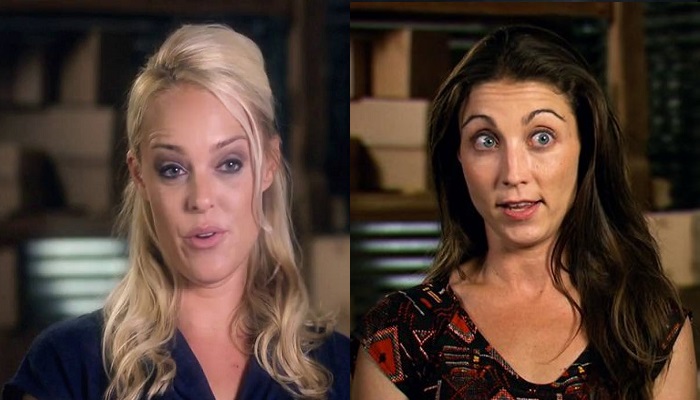 Although the absence of Lesa Lewis and Jerry Simpson from this season of Storage Wars: Texas has caused a lot of speculation, it's hard to ignore that they've been replaced by two rather attractive young women. In case that seems like a coincidence, the same phenomenon has occurred on another popular show, Spike TV's Auction Hunters. 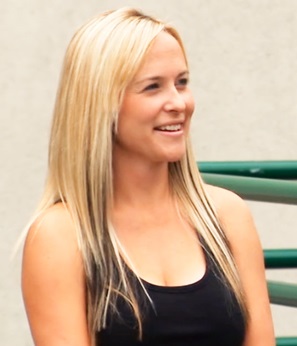 Carolyn – an attractive young blonde often seen in a low-cut shirt and short shorts – appeared in an earlier episode of Auction Hunters when she was seen bidding against Allen Haff. Later, Allen and Ton brought her on as their assistant for their Hawaii episode that aired on September 19. It seems fitting that an episode in Hawaii, which is generally portrayed as both glamorous and relaxed, should be the appropriate place to introduce a new character.

Little is available online about Carolyn, whose last name appears to be Giannelli. Based on her Facebook page – which boasts a modest 82 friends and seems to be mostly private – she's a self-employed Mt. SAC graduate living in Anaheim Hills, California. She's not listed on the show's IMDB page yet, but she'll be appearing in the next episode according to Spike's website. More than likely, she's due to be a new permanent staff member. Undoubtedly, as season unfolds, we'll learn more information about her.

It seems fairly transparent that her appearance on the program is an effort to attract more viewers and boost ratings. Spike TV, as a network, caters primarily to a male audience, and young female stars definitely don't hurt when it comes to connecting with that demographic. Since the Hawaii episode, many fans have been commenting on the site's Facebook fan page or asking the Internet in general about the “hot girl on Auction Hunters,” which underscores the motives of the producers.

It's not a surprise to know that attractive women have a positive impact on ratings. Even the Olympics benefited from good-looking athletes. It's one of the topics that people sometimes shy away from when considering Hollywood and television, but it's a pretty well-known phenomenon that female celebrities are expected to look a certain way. While viewers will cut old, overweight or generally unattractive men some slack, they're often pretty ruthless about female stars, sometimes even claiming that some people are “too ugly for TV.”

In many ways, reality TV has avoided this problem, and many fans have always found this to be refreshing. Seeing real people interact is, after all, the primary allure of reality TV. Unfortunately, networks seem to disagree, and more and more the human element is sidelined in favor of casting eye-candy for various roles. From the addition of Danielle Rainey and Olivia Black on Pawn Stars to the new arrivals of Jenny Grumbles and Mary Padian on Storage Wars: Texas, it's pretty clear that reality TV producers are casting with an eye toward good looks when they find female stars.

It hardly bears saying that pretty young women are not generally the norm in the storage auction world, where the work is generally dirty and tiring. This is one thing that fans particularly loved about Lesa Lewis – she was genuine and authentic, and absolutely the type of woman you're most likely to encounter when you step into a storage auction or resale business. Perhaps if fans demand more realism from their programming, a better balance can be struck to make reality TV more realistic.