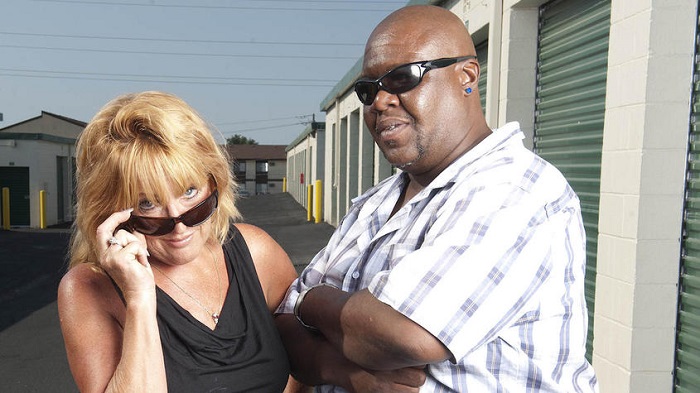 One half of the popular Storage Wars: Texas duo, Jerry Simpson works with Lesa Lewis at her thrift store Again and Again Resale. Jerry and Lesa were popular fan favorites due to their bickering and work chemistry, and many people were sad to see them go when A&E did not renew their contracts for the third season.

Compared to his often larger-than-life boss, Jerry tends to take a more backseat role, and less is known about him than many other members of the Storage Wars cast. A few news stories have surfaced to reveal a criminal background, with a charge in 1992 for ownership of a controlled substance and 2007 for assault. His record has been clean since he began working for Lesa in 2008.

According to Reality Weekly, Jerry began working with Lesa during a down period in his life when he was having rough luck and a hard time finding a job. He's been her assistant ever since, generally doing the hard manual labor and other physical work, but he's working toward a more sales-oriented position with the company. Rumors have circulated that the duo may be getting their own spin-off show now that their time with Storage Wars: Texas has ended, but it's not clear how much truth these rumors contain.