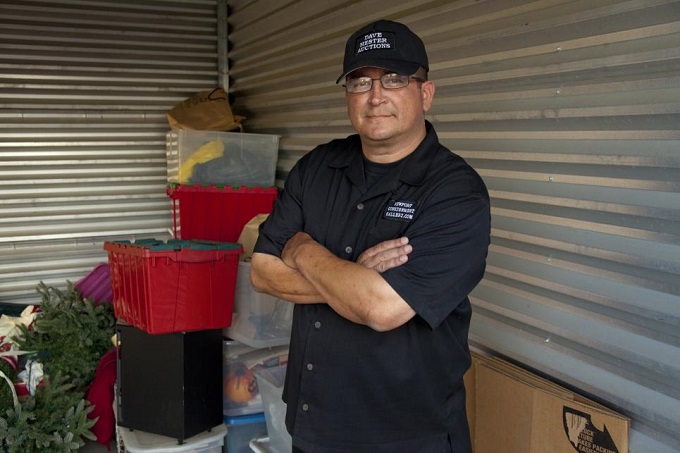 Dave Hester, also known as “The Mogul” is an auction-hunter on the popular Storage Wars show on A&E. The 47-year-old thrift store owner has been involved in the industry since 1969, when he accompanied his father to a swap meet. Later, over a five year period, he sold a train set piece-by-piece to interested buyers for an impressive profit. It would be several years before he got truly involved in the resale community, though.

Following a DUI arrest in 2005, Hester needed to complete 30 days of community service at a Good Will store. Inspired, he turned his existing furniture store into a thrift shop, Rags to Riches, which he would stock with items bought at storage auctins and other sources. He shut this down in 2011 to open his own auction house, Dave Hester Auctions. Thanks to his role in Storage Wars, he's earned an impressive celebrity net worth of around $3 million.

Of all the characters on Storage Wars, Dave Hester operates with the highest overhead and greatest risk. He's an aggressive bidder, and some of his tactics – especially his tendency to bid loudly and at the last minute – have earned him a role as an antagonist for many of the show's other buyers. He likes to drive up the prices on auctions to cost his competition more money, and he runs his businesses in a very orderly fashion – which makes sense, considering his military upbringing.

Dave's signature call of “Yuuup!” when placing a bid has made him famous, but also caused some scandals: He fought a legal battle with musician Trey Songz over his right to use the word as his catch-phrase after the rapper sent a cease-and-desist letter. The lawsuit has since been settled, but details of the settlement are still unclear.

Dave Hester was absent from several episodes of the most recent Storage Wars season. Coupled with some heated contract negotiations with AMZ, many fans suspected that Hester would not return to the show. As of right now, though, he's still a regular member of the program, and his son Dave Jr. is a regular participant as well.