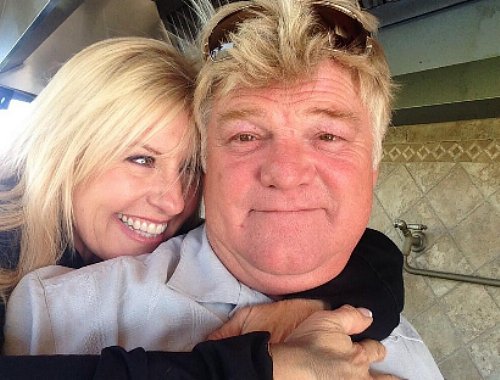 Fans want to know – What’s the latest news on the stars of the show? I’ll just toss out some highlights from the past couple of months.

Dan and Laura Dotson auctioned storage units, vaults, and worked charity events week in and week out. Nothing new there as they are one of the hardest working couples on reality TV.

Dotsons had a dog fence built around their property. Need to keep away 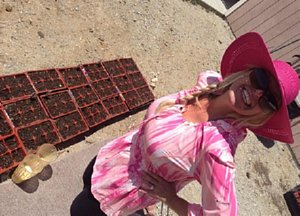 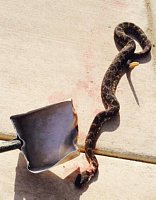 lions, oh my. Take a look at that fantastic view!

Dan said, "Time to get up, drink coffee, hook up auction trailer, kill a rattler & make it to the auction." Say it with me, ew...

Jarrod and Brandi were showcased in an A&E spinoff special, Married to the Job. 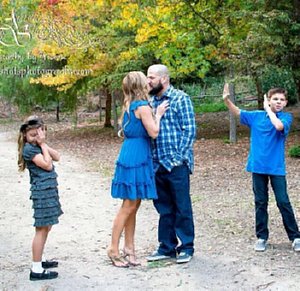 If you missed the special, here's the summary:

You had to be there. Their Orange County Now and Then thrift store celebrated their fourth year "still in business." Knock on wood. 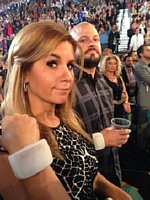 Darrell suffered a slight injury which stalled his fitness training for a short period of time. Meanwhile, he and his son Brandon stocked the new corporate office. 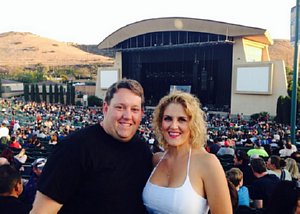 I bet you’re thinking, “Huh?” Yeah, they don’t seem the rock-n-roll type. Rene.. well, he and Darrell kept true to their rivalry and thwacked each other on Twitter. I won’t even get into who said what to whom. 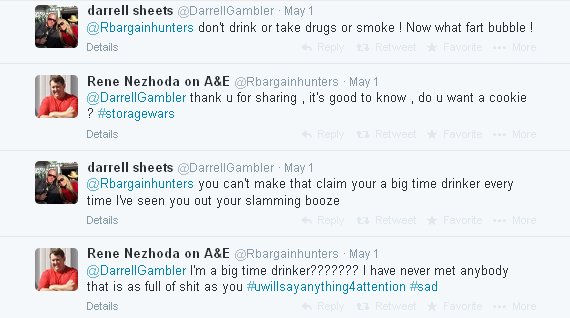 I lied. I had to show you a little of what you missed if you don't follow Rene and Darrell on Twitter.

Ivy's proclamation: I'm not just the King of Palmdale. I'm the King of Curly Fries... I Rule. 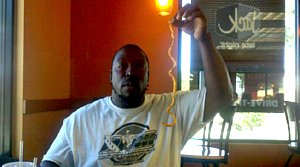 Time for a special announcement outside of the original cast:

Jenny Grumbles from Storage Wars: Texas is PREGNANT! As of May 24th she’s 20 weeks with her first baby. She’s a new wife, new homeowner, and now about to become a new MOM!

Stay tuned on A&E channel on June 3rd for season 6 of Storage Wars.