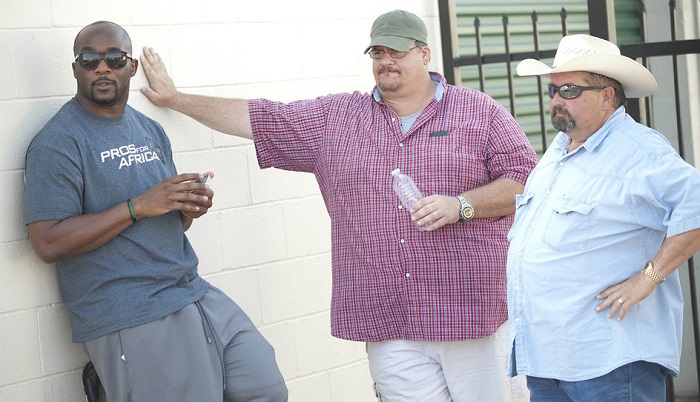 A former NFL player, Roy Williams was a defensive back for the Dallas Cowboys for seven years, then finished his career with two years for the Cincinnati Bengals. He made his first appearance on Storage Wars: Texas when Ricky and Bubba found some memorabilia bearing Roy's autograph. After talking with him, they convinced him to come out and participate in his first storage auction in Season 2 of the show.

In 2011, Roy had some down-time while his agent was looking for the right team to pick him up. This left him with plenty of free time to explore the auction world and connect with fans through the show. His presence on Storage Wars: Texas undoubtedly helped lure in more eager fans for the program.

Roy hasn't returned for Season 3. Now officially retired from football, Roy works as a sidelines reporter for the Oklahoma Sooners, bringing him closer to his college roots as a player at University of Oklahoma. Whether he still attends storage auctions in his free time is unknown, but it's always a possibility.