Will Nabila Haniss Join the Cast on Storage Wars as the New Villain? 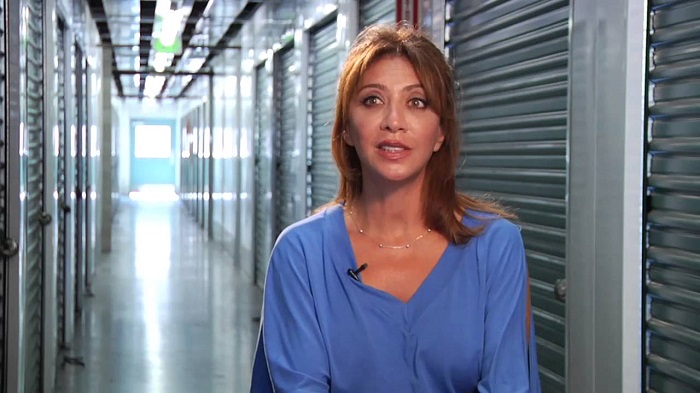 She’s not a princess but she’s not the evil queen, either. She slides in and out of that gray area. You like her. You can’t stand her. But make no mistake about it, Nabila knows her stuff.

She’s been in the storage auction business for twenty years. Nabila accomplished one incredible feat that no other Storage Wars cast member has to date – win a locker worth millions.

The socialites rented the locker after their home had been robbed, but then defaulted on the storage unit due to lack of payment. How much did the Paris Hilton owe? Only $208 bucks!

Seriously? Are you kidding me?! The socialites couldn’t find time away from their celebrity parties to pay the pittance for their locker and then blame the moving company.

Once the news traveled that Nabila had scored Paris Hilton’s locker, she was approached by Bardia Persia (fake name) who bought the contents for $10 million!

Locker contained Paris Hilton’s private videos, personal photographs, personal diary, and more. Which then begs the question – Hilton girls, why not stash your personal and most private belongings at one of your family’s vacation homes? Doh.

That locker catapulted Nabila into the storage auction stratosphere.

Do you think she’d get lucky twice? I think Nabila has that celebrity locker Midas touch. In 2013 she won a locker for under $3,000 (seems to be a magic number). Storage unit defaulted by Tila Tequila best known for her MTV reality series, A Shot at Love with Tila Tequila.

Not a million dollar locker, but still a big score for Nabila. She did reach out to the reality star who did not respond. Nabila then proceeded to sell the contents of the locker on eBay. A Louis Vuitton purse, clothes, photos, self-portraits, personal diary (what is with celebrities and personal diaries in storage lockers?), and more.

Nabila may not call the Storage Wars cast “Pukes.” That was Dave Hester’s take on everyone. Nabila instead chooses to describe the cast members as a “traveling circus.”

It’s really hard to argue with her on that assessment.

She’s set to appear on a few episodes of season 5 on Storage Wars, but will she become a permanent cast member on season 6?

She has cash to flash. She has had success. She’s bad-ass.

Do you think she could take on the role as the new villain on Storage Wars?